The History of Levi Jeans

Here at Brick Vintage, we stock a wide range of Levi Jeans for men and Levi Shorts for women, which have become some of our most popular products on the site. Stocking a wide range of colours and sizes, we know there’s something for everyone.

Levi Jeans are no doubt one of the most popular brands of jeans in the world, but where did it all start?

Levi Strauss was a 24-year-old immigrant from Germany who made his way to San Francisco in 1853 with a range of dry goods, to start his very own business and earn a small fortune.

The stock he owned included rough canvas which he had intended to use to create wagon covers and tents, however, upon receiving a letter from a tailor and one of his customers, Jacob Davis in 1872, he gave the notion that the pair should work together in creating pants. Not only was the plan to create a product which may a more comfortable option for workers, but were no doubt set to be more durable.

Unlike traditional work pants, the duo decided to place rivets in the piece of clothing to create the iconic look of jeans which we have become familiar with today.

On 20th May 1873, the pair received their patent and the very first ‘blue jean’ was created. In 1890, the blue jean was given its now iconic lot number ‘501’, which can still be purchased currently.

During the 1950’s, jeans became more and more popular, especially with the younger generations who were into ‘rock n’ roll’ culture. In comparison to previous decades, the small team of workers in the Levis’ production was expanded from just fifteen to a whopping 22,000 workers to keep up with the huge demand over the next few decades.

Jeans were in fact named ‘waist overalls’ until the 1960s before the name ‘jeans’ was brought about by the hippie generation almost a decade later.

In 1998, Levi’s celebrated their 125th year of production, proving that the Levis brand has truly stood the test of time amongst the ever-changing fashions throughout the decades.

Next time you purchase a pair of Levis, remember the iconic history of the famous brand which created the world’s very first pair of jeans.

If you would like to take a browse at our stock, click on this link for men’s jeans here; or take a browse through our women’s shorts.

Tips on buying vintage clothing for newbies
May 11, 2018

Tips on dressing vintage without looking like you’re wearing a costume
May 1, 2018 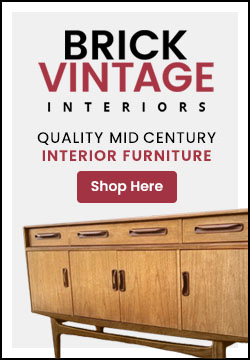